This was the first time I have raced Windsor Tri and I have to say I will be back. I understand now why this race has been going for over 25 years. It is a great race and one that I will certainly be back to do again in the future. Windsor is a lovely place so it provides a great setting.

It is the first time I have had to rack my bike the day before, so we arrived in Windsor on Saturday and I picked up my registration documents including race numbers and licence. The race was held on Sunday and we stayed in a great hotel – Sir Christopher Wren which was only 5 mins from transition. We’d also booked the valet parking without knowing so this was a bonus!

I took it easy on the Saturday and we decided on some lunch in Browns followed by a river cruise and dinner in the Real Greek. So a lovely day was followed by watching England in the Euros and getting my gear ready for the morning.

So how did my race go?

I was very pleased overall. My wave started at 7:55am and I was up at 5:45am for my breakfast which this week I got right. There were no eggs or toast to be seen after my problems last week! Only this baby… 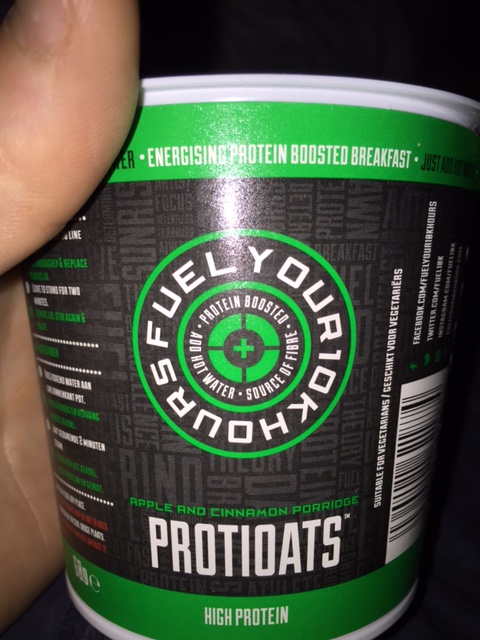 No stitches this week!

I left my wife and daughter at the hotel and hopefully would see them on the course at some point. Surprisingly, they turned up just before my swim start, hence the pictures. She’s not just my wife, but also a great photographer! My swim went really well which I think was helped for the first two thirds with the current. The swim in the Thames was lovely. I was surprised at how clean and clear the water was. It was certainly nicer than Blenheim river last week. 1.5km completed in 26mins 26 secs. That is a big PB for me by over 6 mins.

Transition is long at windsor. There is a long run from swim to bike and then out to the bike course. You can tell when transition takes 6 mins! The bike course is fairly flat with a few undulations throughout. It is easy to navigate and you certainly would benefit with a tri-bike with plenty of opportunity to get down on the aerobars. I had a fairly good ride but it did bucket it down with about 8KM to go. Ride completed in 1:23:51.

This left only the run to complete – a 10km through windsor and up to the castle. If you have been to Windsor, you will know there is a small hill up to castle. Running up and down this 3 times does hurt a little, especially after a swim and bike in the legs! My run was ok. 51:05. Not the quickest I have been running lately but I did hold back a little trying to stave off cramp in my hamstring. It is always nice to race on the same course as the elite athletes, and when they fly passed you as did Emma Pallent (the new world duathlon champion), you realise how good they are. It is also nice that they give you encouragement. Emma Deary did this on my third ascent of the hill as she was coming up behind me. 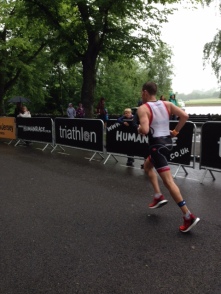 Overall I finished in 2hours 50 mins and 56 secs. I was aiming for 2:50 so bang on! I will return to Windsor to do this event again, although probably not next year as it falls on the same weekend as Ironman 70.3 Staffordshire which will be my main race. I was soaked through by the end but pleased to have earned my medal. I again thank my wife and daughter for the support.